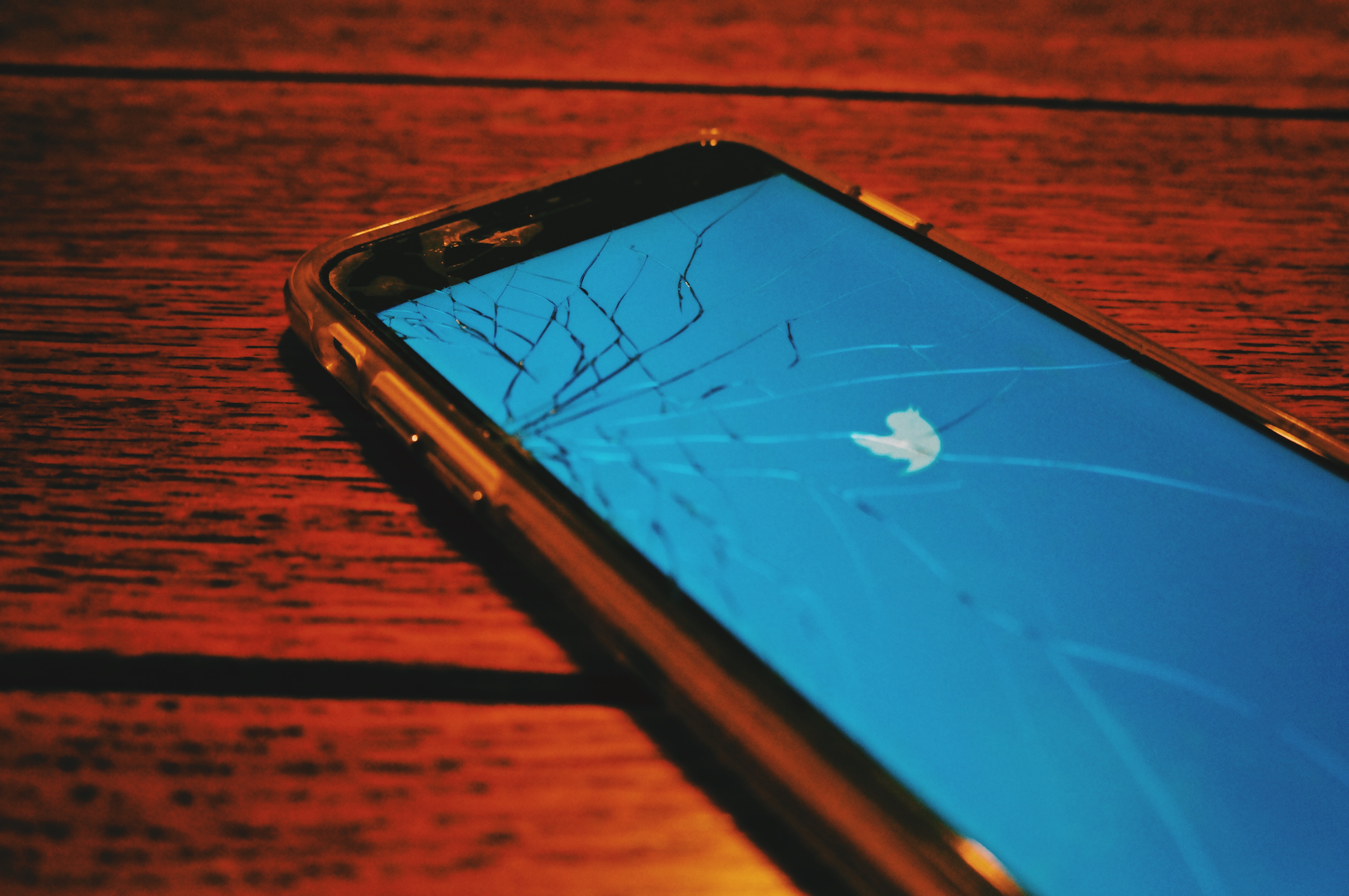 I never got Twitter. Or Instagram or Tumblr or Facebook or Snapchat or MySpace or pretty much all of social media. For a second in high school, I thought I had a pretty good grasp of Livejournal but that came and went pretty quickly.

So, what is it exactly about Twitter that I don’t get you ask?

For starters, let me offer a bit of context. I, Jericho Vilar, am a 38 year old socially crippled introvert who’s ability to properly interact (let alone empathize) with the general public has been thoroughly and forever altered by having worked almost 20 years in retail. I have failed in every one of the major artistic endeavors I’ve attempted in my adult life. I’m a late bloomer who is always behind the curve and very resistant of change. The only thing I’m usually an early adopter of is the backlash and shit talk regarding that new thing and how it sucks. I have only ever owned two iterations of the iPhone (the 4 & my current 6+ with the cracked screen as shown above). To top it all off, I’ve only started using emojis with any sort of consistency or serious intent two years ago.

In what world would any of that glowing list of attributes result in a person who would be good at social media? (I’m also a shitty writer who secretly hates anything he produces, which probably doesn’t help matters much either)

Despite all of that, despite not being able to personally produce a single tweet with the verve and panache of a random 13 year old hypebeast on their worst day, what I am confident of is of my experience as a conscious and active appreciator of the art of tweeting.

I know a good one when I see one.

That said, a few months ago as I was scrolling through my timeline I was absolutely floored by what I could only describe as “a near perfect tweet.”

And on Thursday’s @thewatchpod we’re gonna skate to one song and one song only #TripleFrontier pic.twitter.com/zJ2mfJKbQ8

Written by The Ringer’s Editorial Director Chris Ryan in anticipation of the forthcoming release of the Netflix crime thriller TRIPLE FRONTIER, this tweet instantly stopped me mid-swipe and elicited an actual LOL from my person. After that initial jolt of confusion wore off (I’ve never physically reacted to a tweet before to this degree) I was left dumbfounded and curious as to how a tweet can do that to a person.

So of course, like ‘The Green Album’ era Rivers Cuomo maniacally trying to boil every Top 40 hit down to a mathematical equation, I made a list and an arbitrary point system to go with it to see if I can somehow make sense of it all.

I’ve have never bought into the notion of a lesser form of art, of highbrow versus lowbrow, the validity of one medium over another. I believe that no matter what it is, if it’s done with passion, talent and in a unique point of view, anything in this world can be elevated into an art form.

It’s just a little more impressive when you do it in 140 characters or less.