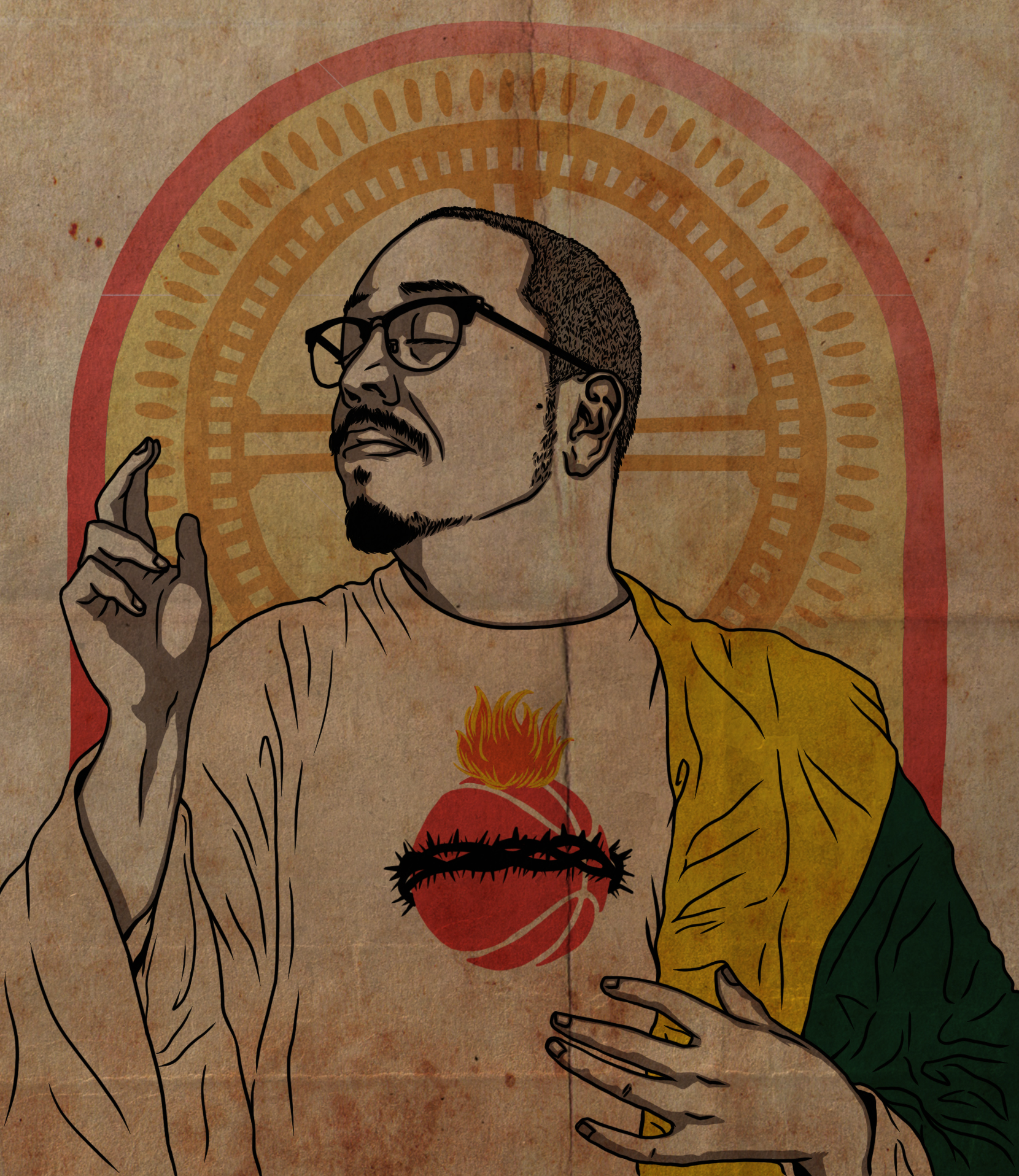 Where did you find your heroes?

In between the panels of a comic book, larger than life, battling for the fate of the world? Out in the fields, courts, stadiums and arenas of your city making that last shot or taking the last stand to lead your team to victory? Did you see them on the nightly news in a three minute local feel good story doing something to make life a little better for the people around them? Or were they across the table from you this whole time, tired and quietly eating their supper after a hard day’s work?

They’re everywhere, in all shapes and sizes.

All you have to do is take the time to look and you’ll find them. That’s what I did and in the last place you’d ever expect to find one, too.

I found a honest to God, true blue, hero with a capital ‘H’ hero on, of all places, Twitter.

He’s been around a while, long before I stumbled upon him. He’s out there and has been out there doing his thing, making his bones, sowing the seeds of his legend and generally not giving even an ounce of a shit whether anyone notices or not.

His name is Shea Serrano.

Shea Serrano is a New York Times best selling author and a critically acclaimed journalist who’s written about sports and pop culture primarily for The Ringer and Grantland, among other places. His Twitter feed, powered by his unique sense of humor, no-nonsense charisma and deep love for the Oregon Women’s Basketball team as well as the WNBA’s Las Vegas Aces has spawned a strong and dedicated following dubbed the #FOHArmy. His first book was a coloring and activity book about rappers starring the legendary Bun B. His third book was name checked as one of former President Barack Obama’s favorites of 2017.

If those facts weren’t swoon worthy enough to secure your hero worshipping ballot, Shea Serrano started off as a middle school teacher and only began writing in 2007 to make more money because his wife was pregnant with twins. That origin story, his humble beginnings and his never forgetting where he came from even after almost two decades of success are the foundations of the altar that the #FOHArmy (myself included) built in his honor, but it was his consistent acts of genuine kindness and generosity without any expectations of recompense that made him a legend.

No one has ever used Twitter better than Shea Serrano.

On the surface, his feed has everything one can expect from an above average follow. He’s got the jokes, the memes, the hot takes on sports and pop culture at large. He’s got the dad jokes, the shameless accounts of how brilliant his wife is (the GOAT) and the savage troll jobs on ignorant haters and colleague Kevin O’Connor. He’s even got the food pic game locked down with his series of meals of the day portraits captioned “Mexicans are perfect.”

Past all that, you start seeing his past career in education peeking through. Not only is your man, Shea, an icon in one of the most toxic places on the Internet, he’s also the cool teacher you wish you had in high school. He is always ready to drop a show of support for anyone in need of a pick me up. You tweet at him about feeling down, odds are your Internet Tio will be there with a reply for you to “Talk your shit” or “Shoot your shot.” If you’re new to writing and are in need for some advice about the craft, it’s been known for him to come through with something more than just boilerplate platitudes. A few weeks ago, one of his many Twitter followers who also happened to be burgeoning sports writer blindly asked for feedback regarding a new piece he wrote. Internet Tio not only took the time to read it, he also responded with a thoughtful four tweet thread of real nuts and bolts gems on how he can improve the work. Imagine a New York Times bestselling author taking the time out of their day to do that with sincerity and grace for YOU.

But those are just words and words tend to be immaterial and not tangible. In every job I’ve ever had, the only supervisors I ever got along with and respected were the ones who delegated but still got their hands dirty. The difference between Shea Serrano and the majority of the heroes out there is the distance. I don’t mean that in terms of physical location. I mean it in terms of his consistent willingness to cross the social strata of celebrity and affluence via the vehicle of Twitter. If you fall, Internet Tio will reach across your Ethernet connection, get in the dirt and pick you the fuck up.

Ask any member of the #FOHArmy and every single one of them will tell you the same.

In just this past month alone (June 2019 as of the time of this writing), Internet Tio has helped a former student of his raise $2,693 on GoFundMe in ten days to get his car, his only mode of transportation, out of hock. He then mobilized the #FOHArmy to his friend’s aid on another GoFundMe campaign to secure enough funding for a preventative double mastectomy to lower her risk of breast cancer, which they did. Internet Tio and the #FOHArmy are out here literally fighting CANCER!

Shea Serrano is not doing all of this on his own, he’s got the might of the #FOHArmy backing him. It’s the fact that not only is he the galvanizing force behind these deeds but he’s usually the first person to put his own money towards the cause. He’s put his own money in his own mouth for people in need that he barely knows with the only expectation pointed at you is to help out however way you can. He’s done this on numerous occasions in the past for causes big and small (a more detailed account can be found on his Wikipedia page) and every time the call to action has remained the same: HELP OUT HOWEVER WAY YOU CAN.

All respect to my Internet Tio, his calls are always answered.

His work as the primary driver of charitable endeavors aside, Internet Tio has also been known to clear the paint and flex his altruistic muscles solo whenever the mood strikes. On a more frequent than infrequent occasion, Internet Tio has gone on Venmo giving sprees for anyone in need of a little help. Tweets of desperation when its the furthest from the first and the fifteenth of the month and screenshots of negative bank accounts being answered with Venmo payment receipts captioned with a simple “BANG” or “Pay it forward when you can” are a sight to behold. It’s most beautiful aspect being that he’s doing it when it’s needed most (if you’re asking for money on Twitter for groceries or rent you’re definitely on Plan Z), with his own money and, if you’re lucky enough, you’re seeing it happen in real time.

His most recent Venmo spree hit particularly heavy on the old heart strings because he was giving out $50 tips to specifically to fast food employees. All started by a tweet of him getting sub-standard nachos from a restaurant only to be asked by said restaurant’s corporate Twitter account to email them so that it can be investigated further.

Guess how Internet Tio replied to that.

i’ll die before i snitch https://t.co/A4GDXlSO8Z

Despite everything you’ve read so far, if that alone doesn’t make you want to listen to ignorant rap music and follow this man into an impossible battle then you must be working for the feds.

So on behalf of the #FOHArmy, go to hell and thank you.