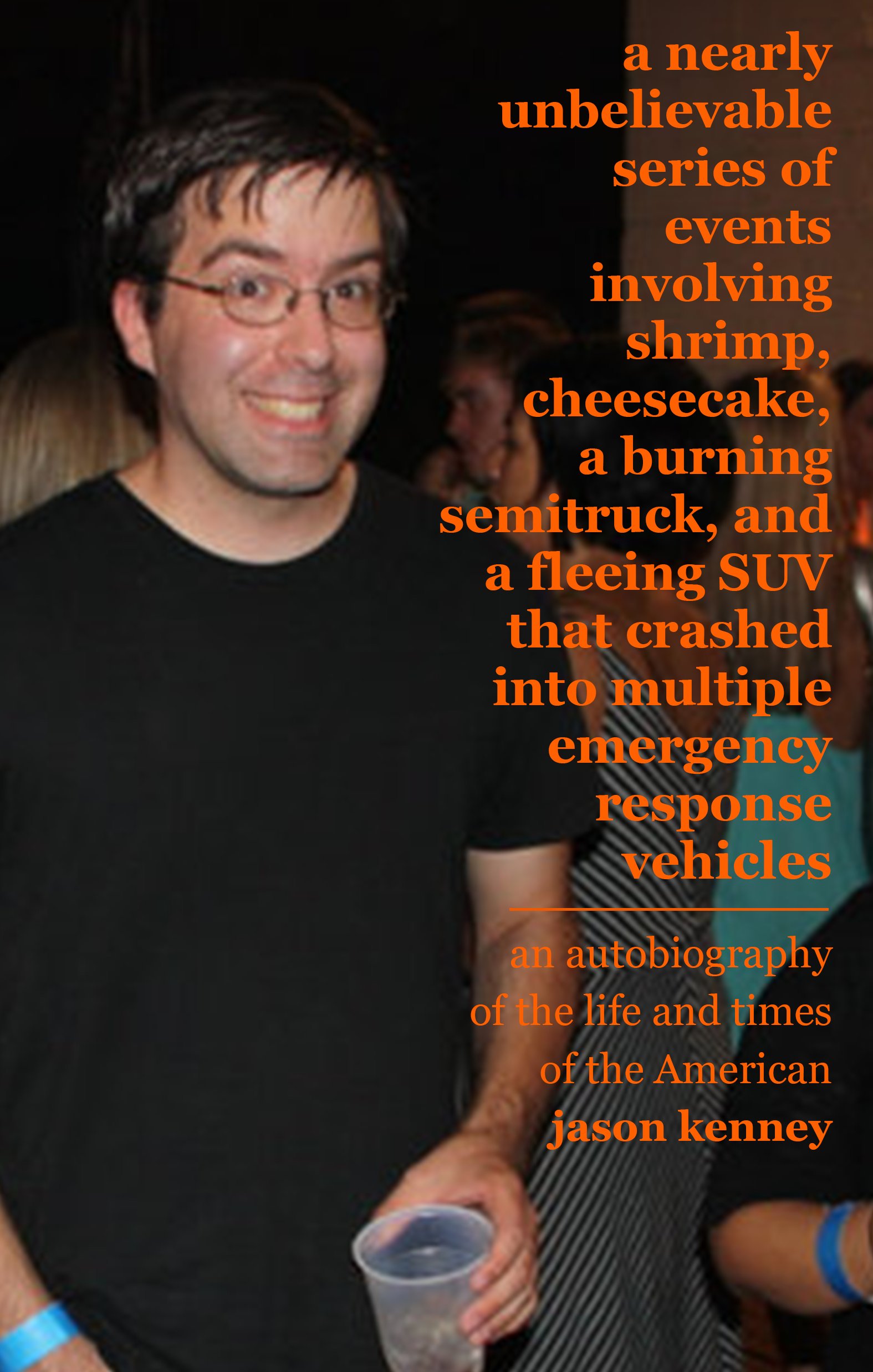 An autobiography is defined as “an account of a person’s life written by that person.” It is a catalogue of a person’s life and times told candidly with details and biases only found through having lived each moment first hand. It’s narrative is usually presented through the rose colored glasses of nostalgia contrasted with a hint of regret to imbue it with just enough dramatic tension to make it interesting. The possibility of true life events being altered or changed whole cloth based on the person’s whims should also always be taken into the reader’s consideration. The true intent of a person’s autobiography solely lies on the person writing it. It should never be treated as a document of absolute historical fact.

I have personally known (the American) Jason Kenney for going on two decades now and if you asked me what his intentions were for the creation of his autobiography I honestly couldn’t say. Thinking about (the American) Jason Kenney that I know, I could just as easily answer that question with a steadfast “he just wants to set the record straight, motherfuckers!” or a more cautious “maybe it’s the perfect time to monetize the anti-narrative podcast backlash.” How much I believe in either answer is 50/50 at best.

The purpose of this foreword was never to preemptively answer any questions about the subject or shed any real insight on him from an insider’s perspective. To be perfectly honest, my personal intention for writing this foreword is to outwardly ask our subject, (the American) Jason Kenney, a question of my own:

Dude, how the fuck did you get here?

I first met (the American) Jason Kenney during the online fan-fiction boom of the early 2000’s. I’ve always though of him as an affable gentleman of letters who also just so happened to create one of my favorite characters of fiction, the equally affable masked vigilante BUSH43.

Bro, what the hell happened along the way?

After forging a bond that led to many fruitful working relationships, including but not limited to the founding of the literary concern Blusterhouse, we tangentially watched each other grow as people. We saw (and, more importantly, liked) tweets that described how we met our respective spouses. We scrolled past (and, again, liked) Instagram posts of the birth of our children, as well as random cute pics of our pets (shoutout to Pantera, RIP).

We practically became brothers, so how the shit did it all end up this way?!

I was there (following you on Twitter) during each one of the controversial mix-ups when you were unfairly mistaken for the (Canadian) premier of Alberta Jason Kenney (maybe not so unfairly mistaken in retrospect). I was there when the other (Canadian) Jason Kenney’s brazen and outwardly anarchistic geo-political policies (or so I’m told) were pinned squarely on you. I tweeted on your behalf when the American Embassy in Ontario fell (multiple times, not including retweets). I signed the online petition to get the GoFundMe to have you permanently banned from ever crossing the U.S. / Canada border taken down.

Yo, when the goddamn shit fuck did it all go sideways?!

I’ve read the multiple Reddit threads recounting the events that led to that fateful midsummer day (click baiting-ly described in the title of this autobiography) and I can’t help but feel somehow involved in its initiation and its subsequent escalation. Did your frustration of my not being able to complete that 9 panel BUSH43 comic we started in 2018 directly (or indirectly) place you behind the wheel of that burning semi truck? Or the subsequent fleeing SUV that crashed into multiple emergency response vehicles minutes after? Was my lack of editorial oversight during our Blusterhouse days the catalyst of your soul searing obsession with Cheesecake Factory brand frozen cheesecakes?

I don’t even know what to say about the fucking shrimp thing but I’m sure someone out there is ready and willing to circle it back to something I did or didn’t do.

What the actual fuck?!

How the hell can I casually segue out of the charade of this being just a foreword into a honest to Christ plea for understanding and forgiveness then back to being a foreword again?

Regardless, I hope the writing of this book helped provide you some semblance of peace that being mistaken for some emperor of some Canadian province never could. I also hope to find a sliver of that same peace when I actually find the time to read this bastard (my bad, dawg. I swear it’s on the list).

After everything we (mostly you) went through to get here, we deserve it (also mostly you).

If the aggregated series of Tinder and Snapchat posts are eventually found accurate, (the American) Jason Kenney is survived by his amazing wife Ana and his two sons, the Grammy award winning singer/songwriter Samuel Kenney and Canadian House of Commons member Jasper “The American” Kenney.

If they aren’t then God help me cause who the fuck knows?

And, to be honest, this whole time I’ve never actually even met the guy once in person

My friend (the American) Jason Kenney.

Maybe after I finish reading this book, I can finally say that I kinda sorta did.