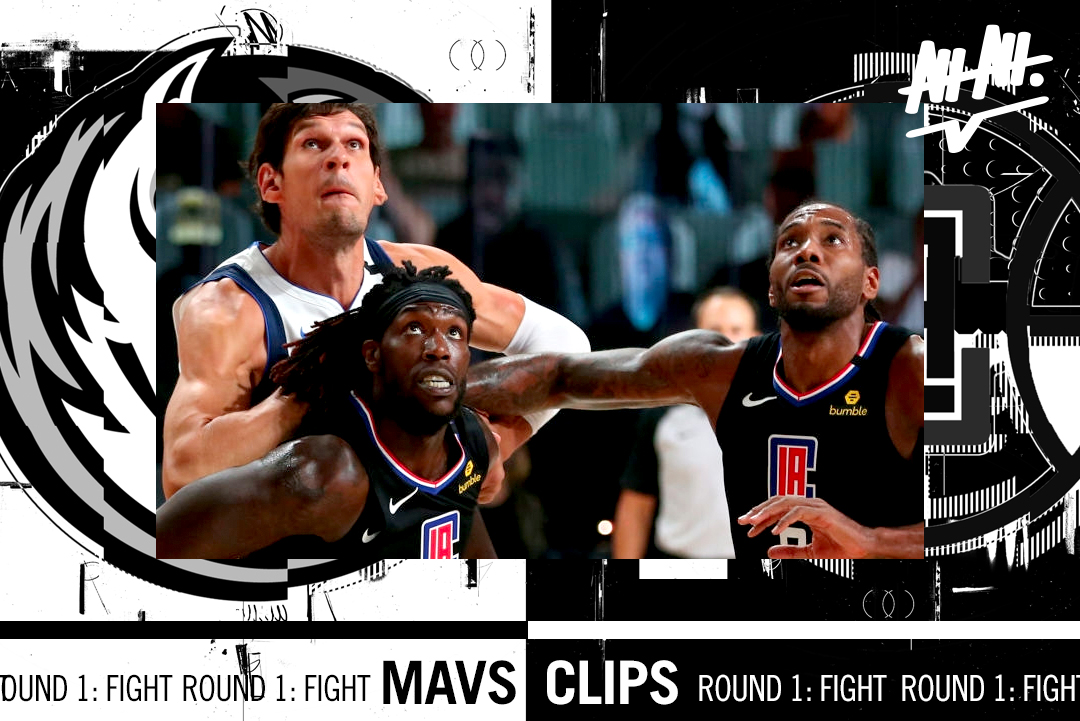 This game, nay, this series is going to showcase two of this year’s playoffs’ most important trends: hero ball and referee influencing. Concerning the Dallas side of things, the latter directly led to the activation of the former. The hero ball narrative came in the form of Maverick wonderboy Luka Doncic’s record setting postseason scoring debut (a 42 point, 7 rebound and 9 assist almost triple double) which was made even more necessary after the (let’s just say for the sake of civility) questionable ejection of his running buddy Kristaps Porvingis in the third quarter. I’m sure you’ve heard the NBA Twitter conspiracy theories before about how the lack of crowd noise will lead to more technical fouls purely because the refs can actually hear the slander directed at them. Or, because of the lack of an actual advantage to being a higher seed with homecourt in mind, the league’s prioritized importance of maximizing the impact of the time spent in the bubble by getting the “right” teams into the finals. Because homecourt doesn’t matter, this is the absolute perfect time for an underdog to ambush the higher seeds. I’m not saying that Dallas is going to sweep the Clippers out of the first round, but after a couple of wild momentum shifts, the game got pretty tight after halftime and into the third UNTIL the influence of the referees exerted themselves and they got Porzingis out of the game for the crime of having a Morris twin’s fist wrapped around HIS neck. All of the other tenets of Dallas bubble basketball held true: they buckled in the fourth, they didn’t have an answer for Paul George, they couldn’t come up with a reliable scorer to back Luka up after KP got tech’d outta there and defense in general not really being their thing, but KP was certainly putting a game for himself together in support of Doncic before the you-know-what (bullshit refereeing) happened.

I’m trying to be as pragmatic as I can regarding this situation. I know it’s going to take more than another quarter and a half of a unicorn crossing a cyborg into the floorboards for the Mavs to advance, but what if it was, for at least one game?

The only solace I can take out of knowing that the NBA seems to be willing to do whatever it takes to protect their marquee Western Conference Finals matchup is that we know that they know that they’re going to have to do a helluva lot more than this to get the Lakers past Portland.

Mike Ellis
I have this lengthy diatribe backed up with stats and case studies about how Luka’s ceiling is James Harden that I was planning to unleash on a slow Dallas night. This was not that night. I’m keen to just let Jer’s words sink in, but I gotta say, I for one love that KP had his dude’s back. That’s some hockey shit, and I’m here for it. Send that message loud and clear big homie.

Oh hey, does it count as a quadruple double if the Unicorn turns it over eleven times?

Fuck yeah, it does!

One rises while the other… ices.

This is the kind of game that Paul George fans and detractors all know so well. Miserable game, followed with a possibly, maybe legit injury performed with such little conviction that it’s hard to believe it’s anything other than BS. They say a broken clock is right twice a day, but I’m not sure a broken PG will ever get right.

I hate to think that the game has passed Boban by, at least in the sense that he’ll probably never be a starting center for anybody in today’s NBA, but at least we’ll have these 10 minute bursts of perfect bully basketball.

Unicorn Revenge! The Clippers knew it was coming, we all knew it was coming. All they had to do was make sure they were braced for impact and ready to adjust to use the Mavs’ adrenaline against them. Instead, Playoff P happened which I guess could’ve been a Dallas countermeasure (cause I’m sure they saw that coming too) against Doc’s adjustments or maybe it’s just a law of nature type thing? A pissed off Porzingis was a sight to behold, especially since Luka got into major foul trouble late and had to sit out a majority of the final quarter. Reclamation project and bubble discovery Trey Burke had some of that fuck you fuel, along with backup backcourt mate Seth Curry (Fuck you, Dad…err…Doc!). Any Boban is good Boban. Dallas better hope Lemon Pepper Lou and Montrezl Harrell don’t start clicking like how they did before the pandemic because that’s ultimately what’s going to swing the series back towards Commissioner Silver’s other favorite LA team’s favor.

Jericho Vilar
Is it weird that whenever a scuffle or a scrum is about to escalate in the bubble there’s usually a Morris twin somewhere in the middle of it? Not saying it’s entirely a bad thing, mind you. Every team in the league should invest in getting an off the ball instigator on their roster, someone always ready and willing to get into the mud. Just so happens, the Clippers have two of the Association’s best spice artists on theirs.

Mike Ellis
If only there were 30 Morris brothers.

Jericho Vilar
Having already paid dividends in the first game of this series, it’s good for Luka and KP’s first real NBA playoff experience to be dosed with that Beverly and Morris narcotic. As the old adage goes, fire tempers steel. And pissed off superstars have been quite in vogue the last couple weeks. Luka facing up right the hell into Montrezl Harrell’s grill was a welcome wrinkle to his game. What’s even better is that he already had the step back three in the arsenal before testing out the shit talking feature without any sort of back up. Ironic how the disaster that was thankfully averted (Luka rolling his ankle after trying to defend a Kawhi layup) was purely accidental, nothing extra curricular.

This was going to be a long series anyway (a fact that was almost put in jeopardy after Luka limped his own self all the way back to the trainer’s room) so getting some time to play in the dirt will ultimately be beneficial for Dallas moreso than the Clippers. Not that they need it. Kawhi’s been fighting this war against the puny human resistance since even before Skynet was a gleam in some programmer’s eye.

What they really need to do is reboot Playoff P.

Mike Ellis
I love that you can alllllmost legitimately ask someone which P they’d rather have. Playoff or Swaggy. Eighteen percent from the floor tonight for Paul George which prompted him to fire a lame beef cannon over the Houston bow by saying “I’m no James Harden.” Thanks. As if we’d confuse you for a volume shooter putting in 37 a night.

What PG13 is supposed to be is an all-star wing, and part of a big two on a championship-bound team. Not a second year defensive specialist with low offensive output. George is shooting 30% during this series, which is ballooned GREATLY by a Game One 45%.

Matisse Thybulle—since I know  this stat offhand—a first year defensive specialist is shooting 50% in his playoff series. Granted, PG13 has 17.3 points a game to Thybulle’s 2.3, but at what cost? If 90% of Paul’s attempts equal what is essentially a turnover (Dallas and LAC are fairly comparable rebounders, especially second-chancers), you might want him to stop trying to score so much? Marcus Morris scored more than you, my dude.

Ultimately, it hasn’t been disastrous for LA this series against a Dallas team that is pretty woeful on defense, but against what looks to be the Jazz next round (a top three defensive team in the playoffs, and top ten during the regular season), well… 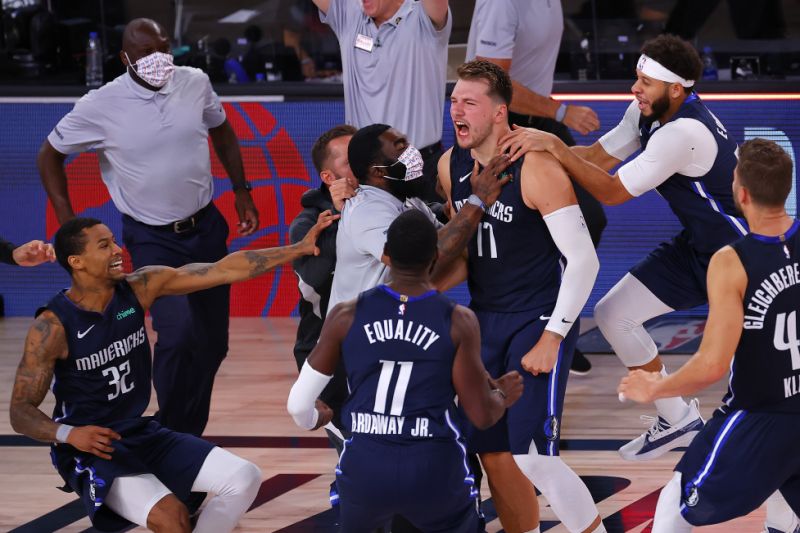 To say the stage was set for that moment can be a bit of an understatement. After having limped off the court the preview game with an ankle sprain, the formally designated as questionable to play Luka Doncic shook off the doctor’s note and forged ahead knowing that if the Clippers took Game 4 they’d also be taking every drop of momentum along with them. Compounding matters further was the announcement that Kristaps Porzingis would be sitting out the game with knee soreness (an ailment called Knick-itis, I believe). The news of Porzingis’ being scratched was so last minute that him starting at center was already announced on social media by the Maverick’s Twitter account. Needless to say, them walking to midcourt for the opening tip felt like a formality considering Kawhi Leonard is staring at them from the other side.

That’s how Luka Doncic entered Game 4: on a gimpy ankle, without the team’s second leading scorer to back him up and then being down by 21 points at some point in the second quarter. The stage couldn’t have been even more set unless Commissioner Adam Silver laid out the silverware himself.

Little did we know that Luka was the one who had things exactly where he wanted them. With the lights dimming and the curtains threatening to come down, nothing makes for a more dramatic entrance. After a blazing 16-0 run to start the second half and then piling it on enough to build a double digit lead with KP’s replacement in the starting lineup Trey Burke, Tim Hardaway Jr. and Doc’s favorite son in law, Seth Curry as the cavalry, Luka and the Mavs took an 86 point combined effort from Kawhi and Lou Williams (Paul George contributed with another on the court DNP) right in the teeth and took them to overtime before committing his Wrestlemania moment to legend with that buzzer beating step back three. Down by one, they could’ve won with a more conventional (i.e. boring) shot selection but doing that was clearly the complete opposite of the narrative that Luka was writing all game long. It was either they lose by one or they win by two, nothing else in between. That sentiment coming from a 21 year old second year player was a bit staggering at first, until you remember that Luka Doncic has been doing this professionally since he was 16 years old and has been shoving daggers into grown men’s hearts before he could legally share a drink with them (in America). Shit wasn’t going to go down any other way.

Okay, so now what? The stage has been cleared, evened in fact, where does this tale take us to next? Will Luka need yet another triple double (a third in three games) to get his team within striking distance? Will Kawhi and, a now activated, Lou Williams somehow get Paul George off his bullshit and arm the team with their full complement of weapons?

Whichever the case, I’m just glad to know that if Luka is in any way involved however way things go down, win, lose or draw, they’re going down in flames.