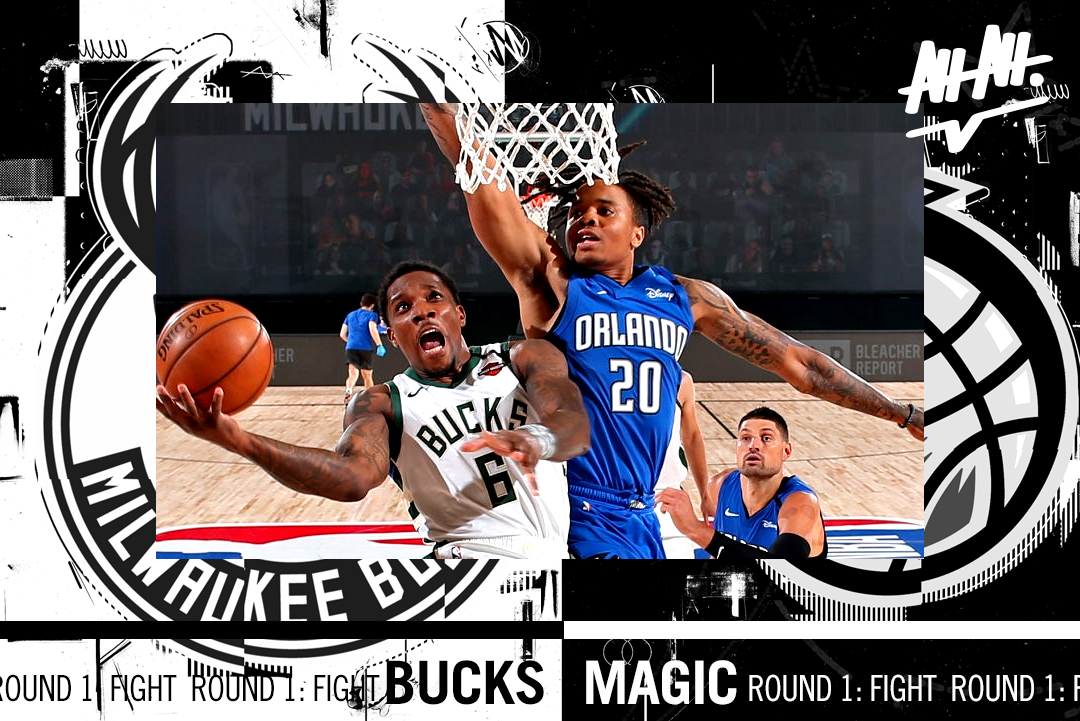 Listen, I know this means nothing. I know the Magic have a history of looking like goddamn Ultraman in game ones, then their chests begin to blink out before the start of game two, and the first seed beats their ass. Just let me have this one.

Markelle Fultz,—Orlando’s shiny new Penny got the start—well deserved after his consistently strong Bubble play, and the Magic win. Coincidence? I think not.

This was the first game the Magic took off the Bucks all season, and the Bucks have consistently lost at a much more human scale than before the restart. I don’t think the Bucks need to sound the alarm yet, but they should probably admit that they’re a different team now, and maybe not the heir apparent.

So how in the hell did the Magic make this happen *cough* Markelle *cough* and is there a strategy here at play?

The answer is yes, whether or not they’re the team to consistently execute it.

I am gonna start with, yes, Markelle, because the kid has taken what is likely one of the toughest paths of a first pick to not wash out of the league, and that’s where it looked like he was headed. But honestly, his offense looks solid, continues to get better and better, and the team plays smoother, more consistently running through him. His perimeter defense is not quite lockdown, but he’s a nuisance. He only got credited with one block, and zero steals, but he had three disruptions in the first quarter alone.

I think they always knew that team was going to run through Markelle, and Steve Clifford has done a great job getting him ready for that destiny. And when that means that Fournier and Augustin are your bench guards? Now you have crazy depth. A second unit of Augustin, Fournier (or Gordon), Terrence Ross, and Wes Iwundu isn’t bad. And if JI and MCW were up for this game?

The thing that Orlando succeeded at defensively was to clog up the passing lanes, and using Milwaukee’s aggressive play style against them, stockpiling turnovers. 16 of them on only 28 assists. That won’t win a thing. They also frustrated the Bucks—especially Giannis—by constantly getting in their way, and putting fouls on key players early, whenever the Bucks started to make runs (five on Giannis, and four on Middleton).

But, if we’re being really honest, the key to the game was Nik Vucevic. At the beginning of the Bubble, I extolled the virtues of Vooch, claiming he’s the prototypical big for the current NBA. More than other famous Nikola—not named Tesla—Jokic. I stand by that, and not just because he dropped 35 on the Bucks from 63% shooting. He also nabbed 14 boards, and was a total +14 plus/minus, but his offensive production spreads from the paint to the arc as he was five for eight (another 63%) from three. He’s virtually unguardable, even by the best defensive team in the league, which not only takes pressure off his guard (the rapport between Vooch and Markelle has been the strongest between Orlando guards and their big man), but it allows Terrence Ross to lead the second unit to pick up 18 on 54% and 19 plus/minus.

Not for nothing, Vucevic was just about the only guy who seemed to consistently bug Giannis on a night when the Bucks’ star had 31.

I’m not confident that Orlando’s gonna keep it up, because the Bucks are better than they showed, but how much better from the Bubble, I’m not sure. So there IS a window for the Magic to sneak through, even if it’s likely closing. Fournier played terribly, and Aaron Gordon didn’t even suit up, all of that to say, this series could be a hell of a lot more fun than anyone thought. Even this homer.

I know that’s dumb. Being an Orlando Magic stan is not smart (this especially applies to Van Gundy). Of the two franchises I call “mine,” Houston I follow expecting the worst. Always so talented, always fall heartbreakingly short in the post-Dream years. The Magic? It’s always optimism, and for no reason at all, except they’re such a stupid franchise that defies all logic. Perennial eight seeds that keeps them just middling enough to hold serve, until, oh, once a decade or so, they fuck around and find themselves in the Finals (2009 was such a fucking bizarro season), usually by beating a god squad, only to get a stake droven through their heart by an arguably inferior team (Andrew Bynum says “what up”). But it’s always a fun time no matter what group of lovable losers they assemble.

Let’s be real though, they were never gonna win this game. Not only are the Bucks that good, but, The Magic are that bad at game twos. I remember the jolt of fear they put in Toronto last year before the North dismissed it as a shiver and absolutely handled The Magic. It’s practically in their DNA. Again, lovable losers.

I have no reason to believe this series is going to be any different, except that damnit, it COULD be. If I had to pick at any scraps of statistical kindling to ignite hope, I would say, hey… Khris Middleton still looks rusty, Giannis scored ONLY 28 while yakking up a bunch of bad shots, Pat Connaughton somehow scored 15 points which he won’t do again, and everyone on the Orlando roster were minus, which I also don’t think will happen again.

Vooch managed to get himself 32 after his big time 35, and while it wasn’t quite as efficient, it doesn’t look like the Bucks have an answer for him.

Aaron Gordon is still out, as is Michael Carter Williams, which is a lot of offense set aside, and it was, heh, only a fifteen point game!

Reasons to panic? Markelle had one of his worst offensive games since the restart, even if he did play great defense, netting a couple of steals and a block. Also, Evan Fournier, who is somehow one of this team’s top scorers, has been a ghost, man.

As for the Bucks, this was still not a great game. 20 turnovers on just 26 assists which is an absolute house-on-fire shitstorm. They can probably “this is fine” their way through the Magic, sadly, but if there’s a Cream City panic button, I would think this is the time to be pushing it.

Jericho Vilar
My heart goes out to my guy El and his fellow Magic fans, but I wouldn’t completely sell all my Orlando stock just this second. If Middleton continues to DNP-HODD (His Own Damn Decision) himself in this series, they get back Gordon from injury and Fournier wakes up from his stupor they can take at least a game back for posterity. Which is progress, right? Progress is good.

Double techs were cast on role players for reasons unknown, in a game that was already approaching blowout status. If you’re gonna send some people to the showers early, can Orlando at least convince Giannis that Ennis or Clark need a headbutt?

At one point right around the half, Bucks had a 34 point lead. If you want to gleam anything from this game check in around mid-third where the Magic heat up and go shot for shot with the Bucks, and somehow reel this game back to inside 20. Morale basketball.

Ultimately, this series has returned to normal, with the Magic fading quietly away like they did last year against Toronto, and the Bucks finding their firepower. Good on Orlando for extending the series by a game, but it’s a probably time for the final curtain.