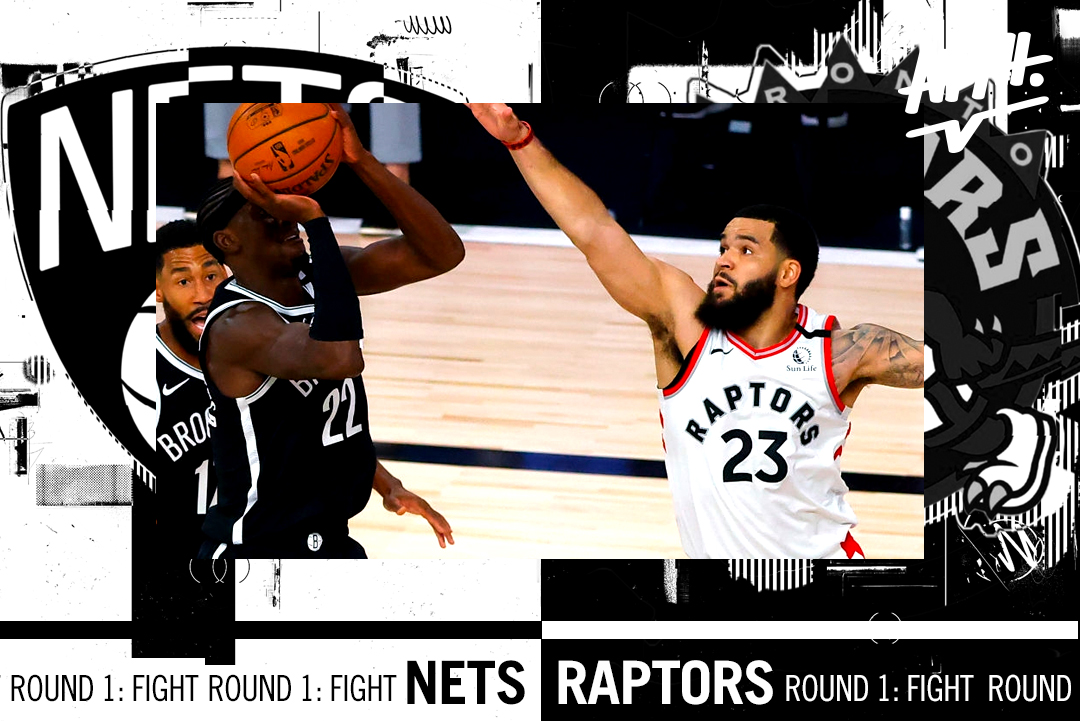 Mike Ellis
I gotta say, the way that the Nets went roaring through the Restart, I nearly started to care about this team. Nearly. They held a 5-3 clip during the seeding games which is better than a lot of your problematic faves (Bucks, Lakers, Sixers, Rockets, etc.), which is commendable for a misfit squad of Cheese, The Parrot, Caris, a Joe, a Jarrett and Rodions, which might as well be the name of a Transformer. Hat’s off to you guys. If all of you are still here when Kyrie and Kevin return, this lineup could be FRIGHTENING. Until then, they’re getting exactly what they deserve: snuffed out by the Raptors in the first round, a team that was only bettered by the Suns. Enjoy your four extra games of bonus basketball, Brooklyn!

This game was pretty ugly. The Nets had 33 assists on 14 turnovers, with pretty middling shooting. Which, frankly, the Raptors were only marginally better, as defense and mental lapses ruled. The difference was that the Dinos knocked in nine more threes, the majority from Fred VanVleet who continues to absolutely [dad] body fools.

Both teams will undoubtedly have better games, but I think it’s fair to say that the Raptors are 20-points better no matter what.

Jericho Vilar
A couple more of these kinds of games mixed in with dropping a 40 spot or two then someone’s going to have to start planning Mrs. VanVleet another baby shower ASAP.

I know the franchise isn’t as storied as some, but think of the Raptor greats: Carter, McGrady, Bosh, Lowry, DeRozan, Kawhi, Siakam, Stoudamire (okay, I’m fucking around for the old heads with this one), but you get the deal. None of them dudes had put up 20 points and ten assists in back-to-back playoff games. Fred VanVleet has now. You’re telling me Vince never found himself in a spot where he could microwave and slurp down some Ben and Jerry’s to fatten up the ol’ stat sheet? The answer is no. There can be only one.

For their part, the Broken Nets responded by tossing this bad boy in reverse, and then ground the gear into paste. This time, 17 turnovers on 25 assists (11 belonging to Caris Levert). The increase in defensive pressure and turnovers had the ball going the wrong direction, away from automatic bucket, Mr. Levert, and denting his production. While The Parrot continues to be game, the Nets volume shooters were wildly inefficient.

Oh, they also let Norman Powell hang 24 on them, which tied VanVleet, or VanYeet as he’ll be known in Brooklyn after he kicks the Nets from this speeding car en route to the next round.

Mike Ellis
Fred VanVleet has reached the level of playoff heat where he can now hit half-court buzzer beaters.

Normally, I’d try and tease out some salient stat or analysis that had some bearing on the outcome of this game, but the truth is—and I said it after game one—Toronto is just a 20-points better team than the Nets.

Now let me try and find an image for this game that does not include Fred VanVleet.