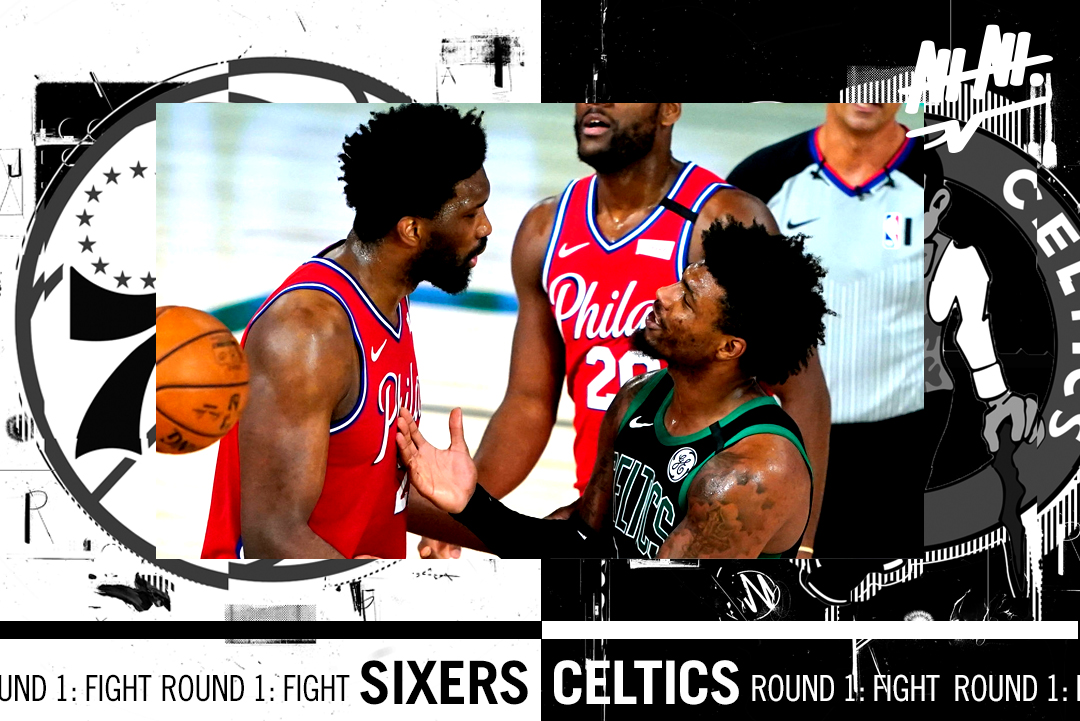 Mike Ellis
So convinced am I that the Celtics are going to send the Sixers home expeditiously, I’m gonna talk my shit. The Sixers are the Melo Knicks. But with like two Melos, which is somehow worse? Imagine your future riding on Knicks-era Carmelo Anthony learning to play with… Carmelo Anthony. And it’s looking like they may just end up just the Knicks, Knicks. *shudder*

That’s what it looks like for Simmons and Embiid, and now just Embiid. Either because he’s a glass cannon, or, Brett Brown sucks, or because Embiid filled up his stat sheet and said “no más,” but Embiid just ghosted this team late (not that that’s new).

Boston ran their small ball, four-wing hydra pretty much the whole game and Philly just stopped punishing them for it, as the little green men continued to shoot with reckless abandon.

Now, it was only an eight point game, even despite Philly turning it over 18 times to Boston’s seven, but, part of that was hero defense from Matisse Thybulle who pestered any of the C’s wings that came at him, and part of it was atrocious bench play from Boston. I expect bigger games from Marcus Smart (which is a terrible thing to have confidence in), and Wanamaker, but inversely, I expect the same from Tobias, too.

Jericho Vilar
This isn’t even my take, it’s from Bomani Jones, but the man isn’t wrong. The Sixers’ ceiling in this year’s playoffs is maybe limping into the second round before getting put out of their misery. Their best case scenario, long term, is that they get dispatched in a fairly definitive manner and collect their prize at the end of this particularly shitty rainbow: their head coach Brett Brown gets fired. Since that is, in fact, what I believe to be the case then great job, fellas! Excellent first step on getting this sumbitch all up on outta here.

Mike Ellis
So… the Sixers fucked around most the game—while Embiid got his fill—and scored 101 points for the second game in a row. It’s almost like we’ve seen this before. Meanwhile, the Celtics, who have a real coach got 20 points better even with one of their thousand all-star guards and his questionable facial hair on the bench.

Brett Brown—just like his name—is the most khaki, ill-fitting pair of trousers currently occupying a coaching seat in the playoffs. Would it be weird to fire a coach in the middle of the playoffs during a pandemic? It would never happen, but at least you’ll only have to wait two more games, Philly faithful. The alternative is your team gets booted from the Bubble, heads hung low in a couple games, and Brett somehow keeps his job. Could you imagine the mutiny if Philly spent all this time in Orlando to get bounced in the first round AND missed conjugals? It would be absolutely Knickensian.

Jaylen and Jayson were joined by non-Jay sound guard Kemba Walker for the sequel of “Batter the Sixers Beyond Recognition.” His 22 points came on crisp 50% shooting, but with an ice-in-veins five for five from long range that really helped pin mighty MO to the Celtics side of the mat.

Tacko Fall dipped his toes into the game and got three points and one rebound in a brisk three minutes of work. Listen, I’m no math expert, but that basically means that Tacko should be putting up 48 points and 16 rebounds a game. Don’t deny us this glory, Brad, you grinch!

Jericho Vilar
If you’ve been following ABABGC at all then you probably know that I’m not the numbers guy or even the astute analysis guy for that matter. All of those types of things fall under my main guy Mike Ellis’ purview. He’s clearly the brains of this operation. With that said, I’d like to take this moment and talk about how much I feel for Philly’s all-world center Joel Embiid.

In a post game interview on Bleacher Report’s Twitter, a melancholy and very much defeated Embiid was quoted for saying “I don’t want to be swept…I’ve been playing my butt off.” No sarcasm, no playful trolling, not a wink or a smirk or even a snarl in sight. In their place was exhaustion, a weary kind of contemplation and the last bit of strength mustered up to deliver one final message of not giving up and continuing to fight until the very end, which would be most likely on Sunday’s Game 4. It’s not too often that we get to see this side of such an outsized personality like that of Joel Embiid’s. No matter how devastating the losses are, there’s always a joke or a dig or a bit to hide behind. Maybe it’s the fact that they should’ve been playing this game at home in the Wells Fargo Center. Embiid has always been more about the audience than the stage. The glaring lack of their fans being there must have made the empty gym in Orlando’s bubble they’ve been playing in feel a million times emptier.

Or maybe it’s the uncertain future that lies beyond getting swept out of the playoffs in a couple days. Maybe it’s the looming off-season that’s bringing with it a brand new coach (fingers crossed) along with another never ending wave to questioning if he belongs with the 76ers, if he’s compatible with Ben Simmons, should he get traded, should they blow it all up and start all over again? Just another year of looking into the void that’s asking if he knows where he is and if he should be there. Add on top of that the fact that he’s been away from his friends and family this whole time.

I can’t help but feel for him. If only Tobias Harris and Al Horford felt the same way, right? Oh well.

Mike Ellis
Unsurprisingly, you’ll get far less sympathy from me. Philly is, and has been, an experiment in frustration, futility and faith since it asked its fanbase to “trust the process.” I remember Sam Hinkie believing so soundly that his tank-for-the-draft process was the right way to go, that they were gonna build a team of homegrown talent like the Warriors. It’s essentially why we have new rules around the draft today.

I remember how grueling it was, and how it looked like it wasn’t going to work. They ran him out of town with torches and pitchforks, and then, holy shit, it actually worked. Embiid and Simmons turned out to be world beaters. They became a perennial playoff team, and new GM Elton Brand gobbled up as much talent as he could, and shipped off talent that didn’t work (hello Jimmy Butler and Tobias Harris, bye bye Markelle Fultz, and then bye bye Jimmy Butler).

How many paper championships did these lineups hoard? Like, all of them? The real world played out a bit differently, however. Embiid and Simmons never really grew, evolved, which isn’t terribly surprising given what the Philly witch doctors did to the aforementioned Fultz. One star—Embiid—literally gets in the way of how the other—Simmons—wants to play, and practically the only way he can play. Jimmy Butler wouldn’t have the game played any way but his way, and they saddled him with Philly’s homegrown players who felt the same way, and a coach that demanded team ball. Strange that didn’t work.

It’s always seemed to me that Tobias Harris has had to spend as much time playing marriage counselor for the entire team as he did basketball player, and on top of that, doesn’t really fit tactically, because the entire team is built to tactically cannibalize itself. Embiid is constantly broken, gives up late in games, and Simmons despite being a generational talent and build, is sadly pretty easy to guard with talented perimeter players.

The one thing Philly has seemed to do right is rehabilitate Alec Burks which won’t save this team. I think this has to be the time when the team gets blown up and spread to the four corners. Jer alluded to it, but it’s just another playoff failure for the Phils where the storylines around the games are far more important than the ones during them, and that’s just never gonna be winning basketball.

Mike Ellis
It seems painfully fitting that Philadelphia is first to get knocked out of the playoffs. Part of that is scheduling, which again, seems all too apropos. Not only did the Celtics soundly whoop the Sixers, so did the system.

As one Sixers fan said “at least they got destroyed early, so I didn’t have to invest emotionally.”

But at least they made a game of it. Everyone in the starting lineup really showed out. They all had double figures, as did Alec Burks, and Embiid put in another valiant 30 point effort, trying his best to keep his season alive. Rest easy big fella, you did your thing.

Even an improved team defense from Philly wasn’t enough to keep the Celtics from getting theirs—especially Kemba Walker—which became trend in this series. He had another good game from the arc, but this time—feeling himself—he just put down the throttle and pressured the Sixers into 13 fouls shots, of which he made twelve. He capped his first playoff series win with 32 points and two blocks. #ABABGCRoofing

This clears the way for what should be a great series between the Celtics and Raptors. The winner of which, I think has a good shot at The Finals.