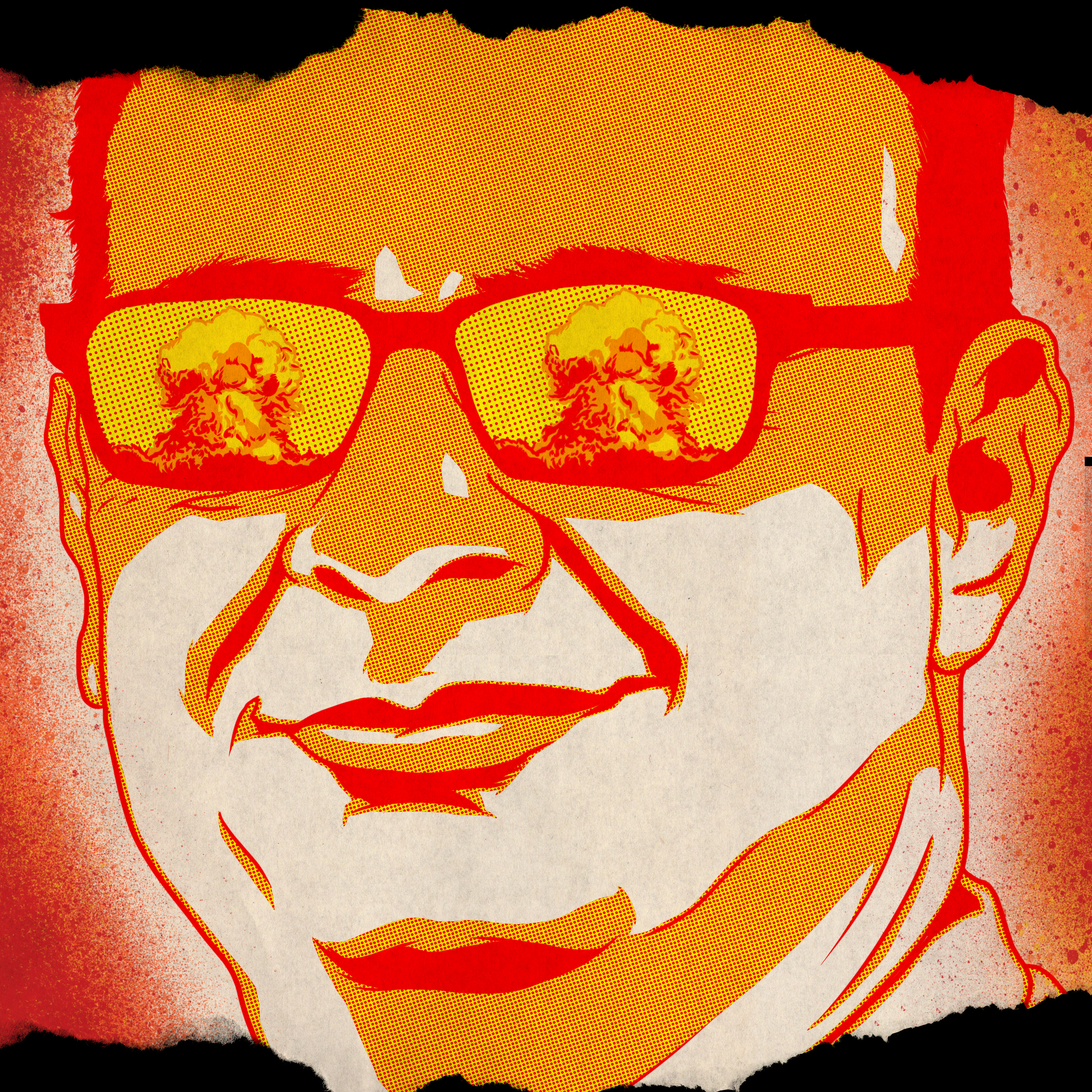 If there was one clear cut winner of this year’s NBA offseason, it would definitely have to be ESPN Senior NBA Insider Adrian Wojnarowski. Despite all of the major shifts in the power structure of the league brought on by this offseason’s free agency period, nothing came anywhere even remotely close to the anticipation of breaking news from the Twitter feed of the man now commonly known as “Woj.”

Picture this year’s free agency as a hurricane, all chaotic winds and calamity, ripping through the NBA landscape and right there sitting dead center in it’s eye is Woj, calmly typing on his phone ready to unleash the next barrage on the average hoop fan.

Like Zeus with his thunderbolt or Thor with his hammer, Woj’s weapon of choice has never been more relevant or devastating to the hopes and dreams of that beloved Knicks fan in all of our lives.

A “Woj Bomb” as it’s colloquially known, is defined as a breaking report made by prominent NBA insider Adrian Wojnarowski that comes out of nowhere to have a huge impact on the landscape of the NBA. Having reached the peak of its powers due to its achieving maximum efficiency when deployed on Twitter, even the threat of a Woj Bomb can send both experienced sports journalists and rosy cheeked League Pass subscribers scrambling for shelter.  The most intriguing aspect of this phenomenon isn’t that it’s rooted in dismay of your team’s championship dreams being dashed months before the season even begins.

This off season transformed the Woj Bomb into a car crash that you actually rooted for.

The horror and the gore, the betrayals and the heartbreak, are the fallout of the Woj Bomb that you just cannot take your eyes off. The wreckage left behind still smoldering in it’s wake is what the soap operatic narratives of the coming 2019-2020 NBA season are built on. That’s why we all refresh our timelines with baited breath, because we just cannot wait to be blown apart all over again.

The specific feeling of that specific moment of realization was perfectly captured by Ringer Senior Creative Jason Concepcion in a single tweet:

This exaltation and request for the infliction of violence upon one’s self is the closest thing to a prayer on the altar of the Woj Bomb. I like to call it Wojnarowsochism, but you can call it whatever you want. I invoked it many times as a follower of #NBATwitter from June 30, 2019 until, most recently, July 24, 2019 when free agent F/C Pau Gasol signed a one-year deal with the Portland Trailblazers.

The following may read like a litany of pain to some, but it’s not.

It’s the song I’m singing as I’m straddling the bomb and waving my cowboy hat on the way down to salvation.

WOJ, JAM A STICK OF DYNAMITE IN MY MOUTH AND LIGHT THAT EXTRA LONG FUSE WHILE THE MISSION: IMPOSSIBLE THEME IS BUMPING FROM YOUR iPHONE SPEAKERS

WOJ, HIRE A HANDSOME HITMAN FROM BROOKLYN TO EXPLAIN TO ME WHAT IT’S LIKE TO COME INTO THE LEAGUE AS A CAUCASIAN HIGH DRAFT PICK FROM DUKE UNIVERSITY AND THREATEN TO BLOW MY FACE OFF IF I START LAUGHING IN THE MIDDLE OF IT

WOJ, STRIKE ME WITH THE LOW BAR MY PREDECESSOR LEFT ON THE SOLES OF MY FEET IF I EVER START TALKING ABOUT THE CURVATURE OF THE EARTH TO ANY MEMBER OF THE PRESS CORPS

WOJ, DRESS ME IN A SHORT TOGA WITH MATCHING WINGED HELMET AND SANDALS AND CONSCRIPT ME TO HALF A DECADE OF SERVITUDE AS THE HUMBLE HERALD OF OLYMPUS

WOJ, FEED ME MAYONNAISE SANDWICHES ON WHITE BREAD WITH A SIDE OF COLD MILK UNTIL MY INTESTINES BURST

WOJ, PLUNGE A DAGGER INTO MY SOUL AND TAKE THE BEST, MOST INNOCENT, MOST KIND HEARTED PARTS OF IT AND ABANDON IT IN DALLAS FOR 2 YRS/ 7 MIL

WOJ, TAKE EVERY SINGLE OF PIECE OF MY SHATTERED EGO AND TRANSFORM IT THROUGH THE POWER OF SCIENCE INTO A NEVER ENDING ARMY OF TERMINATOR-LIKE POWER FORWARDS

9:08 p.m. ET: The Miami Heat are finalizing a sign-and-trade with the Philadelphia 76ers that will send small forward Jimmy Butler to South Beach and Josh Richardson to South Philly, as reported by ESPN’s Adrian Wojnarowski.

WOJ, RUN ME OVER WITH A HIGH SPEED CIGARETTE BOAT EN ROUTE TO HAVANA FOR A NIGHT OF MOJITOS AND SALSA DANCING

9:08 p.m. ET: The Philadelphia 76ers have agreed to a four-year, $109 million deal with power forward Al Horford, according to reporting by ESPN’s Adrian Wojnarowski.

WOJ, FORCE ME TO BEND THE KNEE AT THE PRESENCE OF JUPITER AND PLEDGE COMPLETE FEALTY TO NO OTHER GODS

9:58 p.m. ET: In addition to adding Kevin Durant and Kyrie Irving, the Brooklyn Nets agreed to a four-year, $40 million deal with center DeAndre Jordan. As reported by ESPN’s Adrian Wojnarowski and Ramona Shelburne, Durant and Irving took less than the max to allow Jordan to reach the $10 million annual salary in Brooklyn.

WOJ, DRAG MY VINTAGE WORK BOOT BEATEN CARCASS AROUND WILLIAMSBURG BEHIND A FLEET OF FIXED GEAR BICYCLES THEN THROW ME OFF A ROOFTOP GARDEN

WOJ, SMOTHER ME WHILE I SLEEP WITH A BLANKET OF MAGIC JOHNSON’S REGRET THEN LET LOOSE UPON THAT THE FISTS OF SWAGGY P’S RAGE AND, ADDING INSULT TO INJURY, FINISH WITH A BARRAGE OF IGGY AZALEA’S WHACKEST BARS

11:41 p.m. ET: The Golden State Warriors are trading Andre Iguodala along with a protected first-round pick to the Memphis Grizzlies, a league source told Adrian Wojnarowski.

WOJ, SCHOOL ME TO WITHIN AN INCH OF DYING THEN REMIND ME TO NEVER UNDERESTIMATE OLD MAN STRENGTH

WOJ, LOCK ME IN A SMALL ROOM WITH A GANG OF MALNOURISHED, RABID MONGOOSE

1:05 p.m. ET: Free-agent guard Austin Rivers has agreed to a two-year deal to return to the Houston Rockets, a league source told ESPN’s Adrian Wojnarowski. The deal includes a player option for the second year.

WOJ, TAKE ME BACK IN TIME SO I CAN TELL MY DAD, WITH THE STRENGTH I HAVE NOW THAT I DIDN’T HAVE THEN, “I’M MY OWN MAN, DAD! I DON’T WANT YOUR LIFE!”

1:08 p.m. ET: Klay Thompson is officially staying with the Golden State Warriors. Thompson on Monday agreed to a five-year, $190 million max deal with the Warriors, according to multiple reports.

WOJ, SHAKE MY HAND IN A FIRM AND CONFIDENT MANNER AS WE WISH EACH OTHER GOOD DAY

1:08 p.m. ET: The Philadelphia 76ers have offered a five-year maximum contract extension to Ben Simmons, and the Sixers and agent Rich Paul are expected to work through the details toward an agreement, league sources told ESPN’s Adrian Wojnarowski. Under the league’s new salary-cap projections, Simmons’ max would now sit at $170 million.

WOJ, PLACE ME IN AN ANIMANIACS STYLE GAME OF LIFE OR DEATH WITH THE ONLY WAY OF ME SURVIVING IS IF BEN SIMMONS CAN HIT A TARGET ON THREE ATTEMPTS

WOJ, TAKE EVERY SINGLE OF PIECE OF MY SHATTERED EGO AND TRANSFORM IT THROUGH THE POWER OF SCIENCE INTO A NEVER ENDING ARMY OF T.J.’S OF THE CORN

WOJ, WHISPER SOFTLY INTO MY EAR IN THE MIDDLE OF THE NIGHT THE MOMENT BEFORE I DRIFT OFF INTO SLEEP “NOW I AM BECOME DEATH, THE DESTROYER OF WORLDS, BAYBEE”

WOJ, SNEAK INTO MY BEDROOM, GRAB MY WALLET FROM THE DRESSER AND STEAL THE $59.99 YOU NEED TO BUY THE NEW NBA2K

8:26 p.m. ET: According to reporting from ESPN’s Adrian Wojnarowski and Royce Young, the Oklahoma City Thunder have traded point guard Russell Westbrook to the Houston Rockets in exchange for point guard Chris Paul. The Thunder will also acquire 2024 and 2026 first-round picks in the trade and can pick swap in 2021 and 2025, adding to an offseason full of acquiring draft picks.

WOJ, TURN THE CONSOLE OFF THEN ON, TAKE THE CARTRIDGE OUT AND BLOW ON THE INSIDES, RESET THE WI-FI ROUTER OR SOMETHING CAUSE THIS GAME IS OFFICIALLY I DON’T KNOW WHAT THE FUCK

Jericho Vilar is an illustrator currently based in Santa Ana, CA. He’s been known to drop the occasional heat rock.