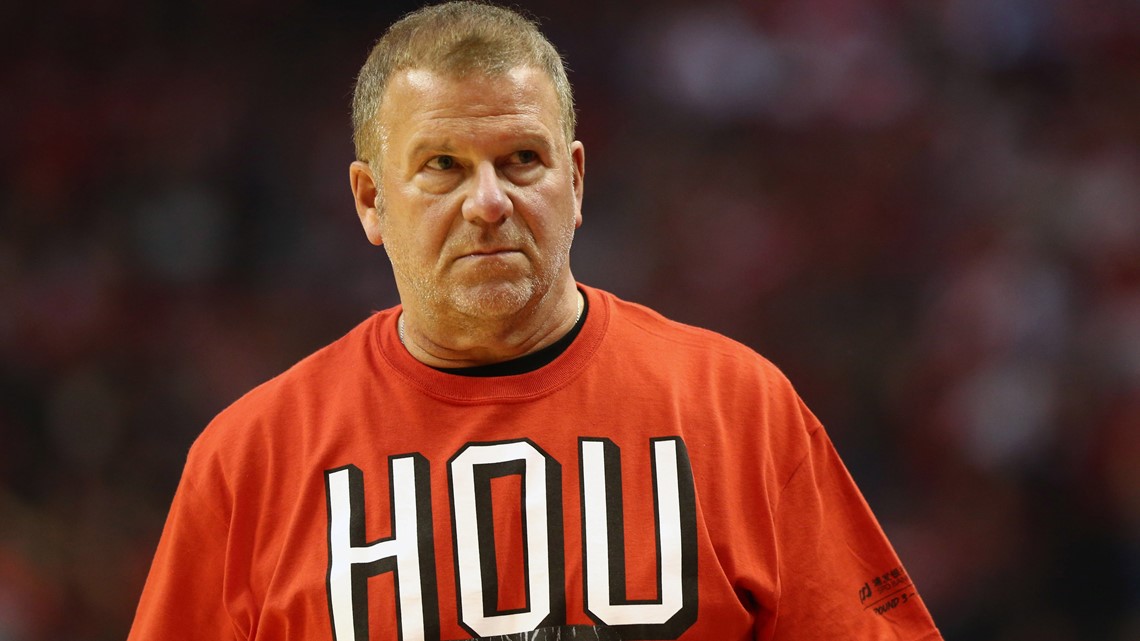 Rats are Stirring All Through Houston

It’s late December—just a few days from Christmas—and it seems very likely that the sports franchise I have loved since forever—the Houston Rockets—are intent on dumping their franchise player, and someone I’ve watched play a ton of ball all the way back to his college days.

Brought in to replace him (and I use that term loosely) is the possibility of two players I’ve spent the better part of the last two seasons cracking wise about: John Wall and Ben Simmons. All because whatever Ghost-of-Front-Office-Past left in the wake of Daryl Morey’s departure is daft enough to think that these two players are either the foundation of the team’s future, or make enticing trade pieces. I’m not sure which is more laughable.

The Wizards had wanted to part ways with John Wall for what seems like his entire career, but couldn’t find a trade partner stupid enough to give them anything while gleefully taking on his contract.

The Sixers have made it pretty clear that Philly was becoming a Ben or Joel town, and it appears the new sheriff—aforementioned Daryl Morey—has decided that’s Joel.

So, here’s my team either rebuilding the franchise with two players their previous teams no longer wanted, or hoping to flip the equivalent of scratchy holiday sweaters from grandma for a Playstation 5, which would require one hell of a Christmas miracle.

The truth is, as much as the state of my childhood franchise distresses me, it’s not nearly as disturbing as what is being done to our erstwhile superstar, James Harden.

About a week ago, a co-worker of mine (a Lakers fan, no less) instant-messaged me out of the blue and said “sorry your star turned out to be a dick.” So sure this opinion was gospel, that his language eschewed workplace mores, referring to another human being as a “dick” on corporate software that, believe me, is being monitored.

“I support him actually,” I responded.

You see, the whisper campaigns and hit pieces on James Harden had already begun, before the fireplace of his services had even gone cold.

It’s not just Laker fans, or casual NBA fans. Rockets fans have decided to put Harden on the naughty list, too. Often because “he turned out to be a cancer” or “I’m hearing now that he’s a problem in the clubhouse.”

These were not widely held opinions, not even a few months ago. Sure, there were plenty of players who we know didn’t love Harden’s playstyle, or his importance to the team. I’m sure Chirs Paul could write an entire salty novel in that regard. But “cancer” and “problem” are relatively new, and there’s a reason for that. Franchises want their base to feel good about transitioning from a superstar into the great unknown, by promising that their once bright and shiny present was actually a lump of coal the whole time.

In this case, it’s not the coal that’s ruining the holiday mood in Houston, it’s utter bullshit. If Harden were such a cancer in the locker room, there’s no way Morey would want to bring him to Philly. Absolutely none. That team has championship aspirations without Harden, and bringing in a “cancer” could only fuck that up.

In Houston, Harden was done. He made that pretty clear, and for good reason. He didn’t want to put his body and livelihood on the line for a racist, or any enabler of racism. A sentiment by the way that we should all hold, and we should have the right to uphold and determine for ourselves.

Sports loyalty is blood in, blood out though, and as soon as someone says they’re done picking cotton for the overwhelmingly white coaches, front offices and owners, blood is gonna spill. It doesn’t take much, either. All a jilted owner has to do is hop on the phone to a local beat writer—whose livelihood also requires staying on the good side of white owners—and say, “hey, James is a cancer, always has been. Check with CP3.”

Just like that, James Harden gets branded a problem Houston can no longer tend. He’s not the first, and he won’t be the last under the league’s current power structure. There’s always gonna be a James Harden, or a Jimmy Butler, adrift in a sea of private and public slander thankful if they manage to find harbor in their own Miami.

Hell, Harden wasn’t even the first one to stand up for his beliefs in Houston. Word is that’s why Westbrook wanted out, too. At least initially. Now, undoubtedly, sources will claim Harden is at least partially to blame.

If I were a betting man, I’d bet the Houston ownership batting its eyes at racists was part of why Morey left in the first place. Morey being a noted malcontent and thorn in the NBA’s precariously “woke” side, and the first of Houston’s existing cornerstone to leave.

It would not surprise me at all that Houston ownership said some problematic shit in front of him—thinking it a safe white space—and then that same Morey went to Westbrook and Harden and told them what was said. Which if true, would again make Harden merely a pawn in someone else’s game as Morey now tries to lure him over to Philly.

And yes, no matter the reality of this specific situation, this is a race issue. The catalyst of this whole situation is racism, and an owner’s embrace of it.

The idea that white owners treat their players like things more than people while asking them to sacrifice their bodies, youth, and physical abilities for an owner’s profit, all while telling them the only value they have are those things they’re required to sacrifice, that’s indentured servitude, no matter the pay. And when those physical skills are deemed no longer useful, all that money and fame go away, leaving players to cling to whatever money wasn’t grifted off them over a long career, and whatever social currency their fame might still cash out away from the league. The NBA is littered with Antoine Walkers.

I don’t have a clever way to wrap this all up, except to call it like it is: bullshit. If the league actually wanted to address their plantation culture, instead of just putting slogans on jerseys and ritually sacrificing a Don Sterling every once in a while, they’d hire more black coaches and bring more black leadership into front offices and ownership.

Sure, the NBA’s miles ahead of other leagues in that regard, but that’s as much indictment as it praise. If the culture of the NBA’s leadership reflected its workforce, I guarantee you, there would be less “cancers” in the locker room, and certainly one of its best players wouldn’t have choose between breaking his body for a racist, and finishing out his career in a city he gave his all for, for nearly a decade.

So even though my Christmas gift this year is watching a racist owner turn my team into a circus run by a clown-show front office putting John Wall and potentially Ben Simmons on the same court at the same time, I’ll say it again: I support James Harden, as we all as should, because when the choice is between racism and team loyalty, there’s no actual choice.